On 27th January, 2016, Shaikh Khalifa Bin Zayed AlNahyan Medical College came up with its first Official College Magazine. "Phoenix" Named after a bird that forms itself from the ashes and takes a flight right against the sun, this magazine proved to be no different. As its release became a headline in nationwide newspapers and the magazine itself was very well received by the readers. Phoenix had an entire Faculty Board and a Student Editorial Council behind its success. The Editorial Board, after their selection, worked for 1 year on this magazine to go through the process of collecting articles, writing segments, collecting pictures highlighting the important events and happenings, conducting interviews of the esteemed faculty members, editing and then finally completing the production work. The product came out to be exhilarating and this year's Student’s Editorial Board aims to repeat the process with the release of the second issue of the magazine. In Sha Allah 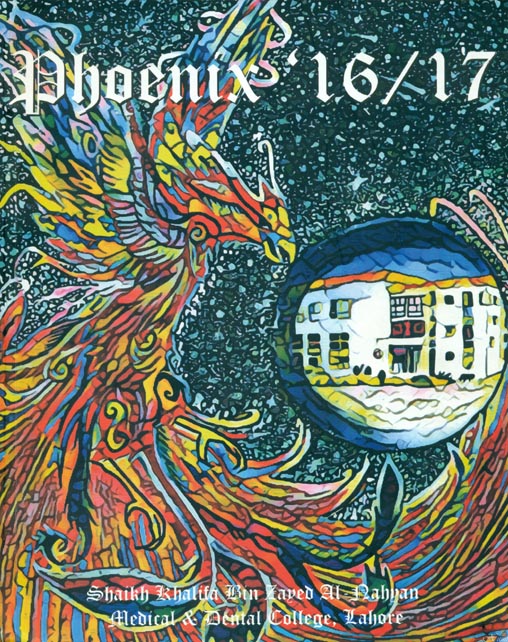